I want to wish everyone a very Merry Christmas. May you and your families be happy and safe. May we not forget to take the time to remember the true meaning of Christmas.

As we gather today with family and friends, may we all remember the true meaning of this day. A day to give thanks to God (whatever you believe in), family and friends. We also want to be thankful for the blessings that have been bestowed upon us. Today is not the only day we should be thankful, we should do so every day.

I wish you all a safe and Happy Thanksgiving. I’m truly Thankful for all who take the time to read my blog. XXXXX 💞💞 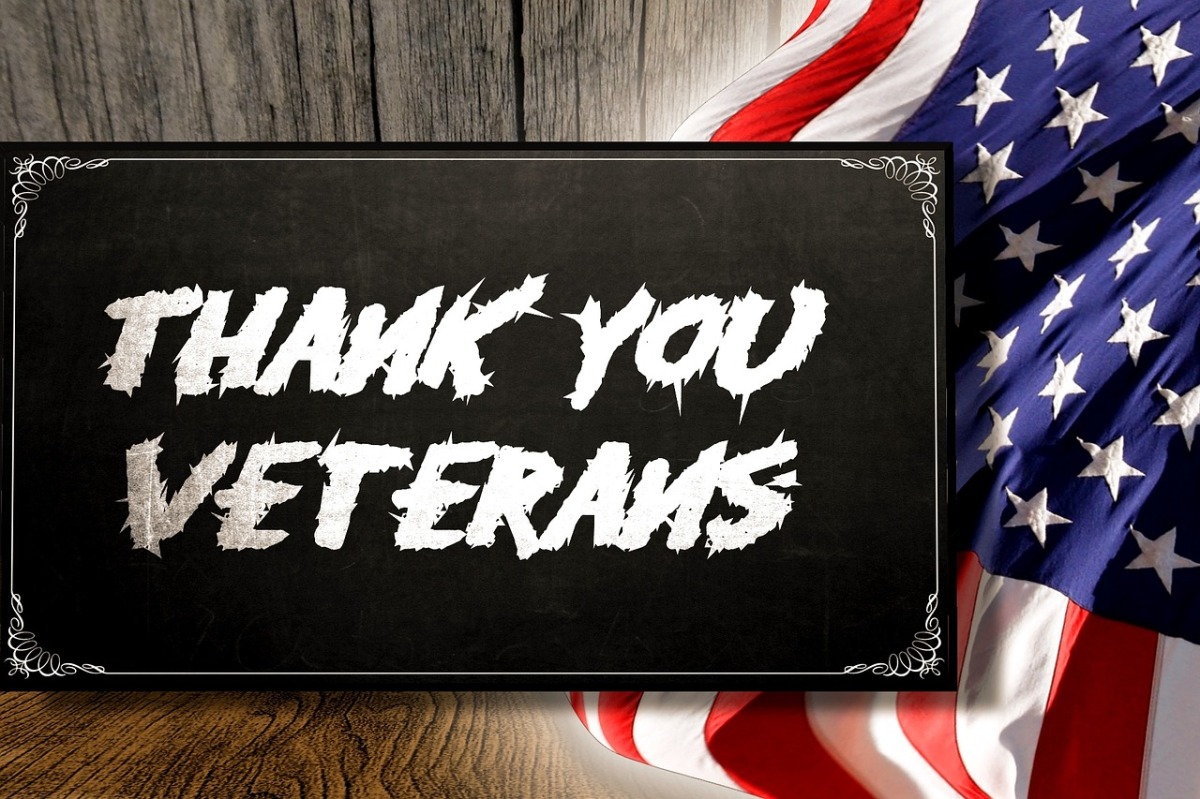 I honor those of us who took the oath to give our lives for not only family and friends but for men, women and children we would never meet. These men and women are true warriors!!! To those who are currently serving our country… Thank You!!! God Bless you and your families!!!

The best four years of my life were spent aboard USS Ross DDG-71(Not in the picture) a Haliburton Class Destroyer. My shipmates will always be in my heart.

“It must be, I thought, one of the race’s most persistent and comforting hallucinations to trust that “it can’t happen here” — that one’s own time and place is beyond cataclysm.”
― John Wyndham, The Day of the Triffids

How many more times will we have to donate funds, hold vigils and extend our condolences in the face of a terrorist attack? When will our leaders realize they need to do something different in the way of how they protect us in our backyard? They ask us to stand strong as a nation, Newsflash! We have been doing so since the birth of this great country. This nation’s strength and ability to come together on all occasions is what makes us great. Our government’s national security process as it is to date is failing to secure the American people.

Are our leaders not ashamed that it took the murder of 49 innocent people for the Senate to entertain putting more laws in place? Explain to me the rationale for proposing additional laws or bills when those already instead of enforcing current laws. The federal agencies are sitting on their hands; it does not take a rocket scientist to see the writing on the wall. The warning signs were there if we go by the little information released in the media. No explanation of the ignored signs came out. Usually, “where there is smoke, there is fire.” In the case of the terrorist, this was a three alarm fire and they turned a blind eye to the potential danger. Shame on You. Due to their nonchalant investigative procedures, the deranged anti- American lunatic was able to obtain not only a handgun but a semi- automatic rifle. Law abiding citizens and veterans must jump through hoops and give the blood of their first born child to purchase a weapon to protect their family. A veteran is more heavily scrutinized than purchasing a firearm than a person on the no- fly list and national watch list.

The media states that the San Bernadino terrorists were hard to locate. They were living normal American lives. Let’s see,  Normal Americans have jobs, pay bills, own credit cards or bank accounts, visit family and friends, shop for food, clothes, and entertainment. Wouldn’t all of these things leave a trail? So, I guess they were supposed to wear a t- shirt indicating that they are the next person to commit an act of terrorism. Better yet, they should hang a flag at their home announce their allegiance to a terror group. These people will never be that blatant that is why the vigilant investigation of people on these lists or social media spouting hateful rhetoric is needed.

What is even more interesting is, once a person placed on the terror watch list, whether convicted or not they should in no way have the right to purchase a weapon of any kind. When the person attempts, that person deserves to be arrested questioned, held pending further investigation and prosecuted for breaking the law.

I am not a Trump supporter, although I do agree with the following statements about our leaders made at a rally in Atlanta last Wednesday.

We are a nation united under God. A family. This country founded on love, freedom, family, culture, diversity and the list goes on. American’s trust in the ability of the government to keep us safe is dwindling. We as a nation are growing tired of idle promises from the low-hung heads of government representatives. It is time for action. They will not thwart every attack, but the frequency and success of these occurrences will lessen the loss of precious lives. In the meantime, we as citizens must do what we can to protect our loved ones and diligently keep watch in our communities.

Images courtesy of Pixabay and Flckr.

It’s 3 AM EST and while you are asleep in your comfortable bed, my husband and millions of other truck drivers are moving freight. Ensuring the comfort and the productivity of America! I had to write this article due to the occurrence of events hours earlier. Let me take you back!

Jimmy and I along with maybe a hundred other truck drivers were at Flying J (#634) truck stop in Temple, Georgia. Well, for those of you who don’t know the process, you scan your Pilot card at a kiosk to utilize a shower credit if you have any or you pay $12. We fuel with them so much that we have credits to use, so we did. That particular truck stop has 10- 12 showers at that time there were no showers available for use. So we grabbed a seat in the drivers lounge to wait patiently. During our 45 minute wait we watched drivers exit the shower area but no attendant in sight. Jimmy checked to see if the attendant was held up in a shower room cleaning, no one was available. Meanwhile, another truck driver stormed off in frustration stating… “this is ridiculous”. Jimmy came from the shower area and went to the fuel desk to complain as well. He had to pass the disgruntled truck driver on his way because he returned worse off than he was when he left and threw down his bag and himself into a chair. I knew then this was not going to end well. A couple of minutes later here comes my mild-mannered husband who is not easily angered looking just as pissed as the other driver. We wait for another 10 minutes and we all are antsy. Totally aggravated, I hurry out to the truck to get the cellphone in attempt to call Flying J corporate. I thought! I kindly asked the two lazy managers at the fuel desk for a comment card or their corporate number and they immediately give me a little soft shoe. They are all out of comment cards and they don’t know the corporate number but they can handle all complaints in store. Yeah right!!! 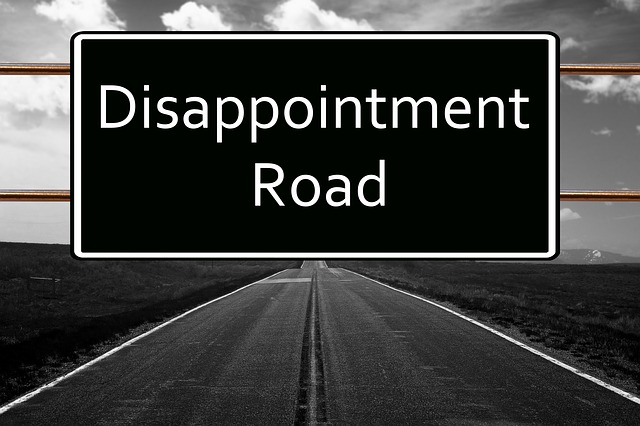 How dare you inconvenience me!!!

I’m the kind of person gives people the chance to right their wrong. The teacher in me, felt the need make them aware of the six drivers waiting for showers. As if in a Broadway musical they continued their song and dance with a look of inconvenience. Karen(manager), gave me a look that read “how dare you and the other drivers want or even ask us for a shower!” Remaining calm, cool and collected, I walked off. Ten minutes later our shower number was called. The attendant was the same guy we noticed in a golf cart hauling trash off the fuel line. He was very apologetic and stated he is working alone. His duties include emptying all outside trash cans. Cleaning the men and women’s bathrooms and all showers with no assistance. Yet, at the front counter stands two managers and a cashier. This man is definitely being overworked, my vow to him, Jimmy and another veteran truck driver was that I would complain.

Your complaint will fall on death ears. Nobody cares!

Heart broken and drawn to tears almost inconsolable. The veteran driver had many more years in the business than Jimmy. He said the disrespect and maltreatment of drivers has been going on for years. It’s not going to change! How dare American citizens bite the hands that keep their families clothed and fed? 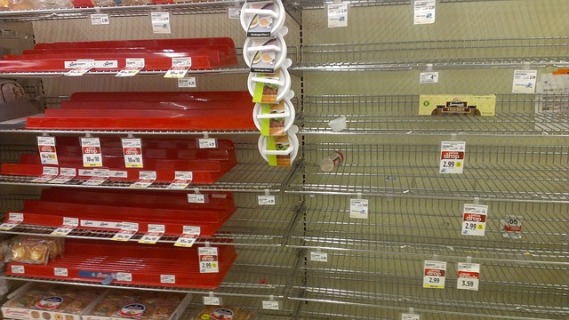 Not only is it insanity but it is downright “Un American”. These men and women are constantly rolling. There is not a moment of the day that a truck is not hauling freight. Transporting the goods that you as citizens need and want to survive. Look around you! There is nothing that you can set eyes on that is not available due to the efforts of a driver. Whether it be the cars you drive and the fuel it holds, the materials that built your home and all of its amenities, the clothes on the backs of you and your loved ones. The place in which you work every day stands due to a truck driver bringing the supplies to build that establishment. The nerve to look down your nose at these men and women is sickening. They chose to leave behind families to serve their country and for some this is continued service after exiting the military. We put our keys into the doors of our homes 2 maybe four days a month. Child’s first steps are missed, birthdays, anniversaries, proms and graduations. We don’t sit at Starbucks and chew the fat with friends. Drivers are too busy making sure your local Starbucks has cups, coffee and all the other supplies they need to serve you.

While you go throughout your day running errands. Take a minute to think about if the shelves of your local Wal-Mart or Target were bare. How would you feel if you went to the pharmacy and there was no medicine for you or your child? The hospital had no supplies to treat patients. That would mean drivers are no longer hauling freight and its’ partly due to the disrespect and lack of appreciation shown by American citizens. What do you do then? No matter what you do a truck driver cannot and will not be replaced. They are the heartbeat of America and the master-key to your survival.

Merged with Coven Life "Witchcraft for the 21st Century"